SIGNS OF HEAT STRESS IN LIVESTOCK 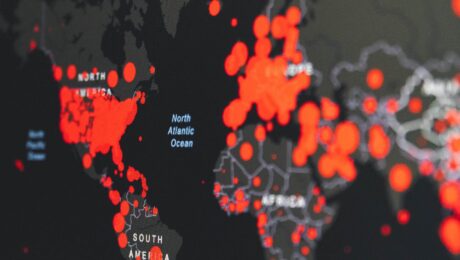 During a circumstance of high ambient temperature and humidity, the animals could not alleviate their excess body through only non-evaporative measures such as conduction, convection or radiation. In such cases the animal relies on the evaporative cooling mechanisms such as sweating and panting.

The primary signs of heat stress are sweating and panting. Sweating causes when the evaporative heat loss occurs through the skin while in the case of panting, the heat is removed from the lungs by directly using the senses to heat the water vapor and removing heat in the form of vaporized moisture. The study depicts that the heat loss due to cutaneous evaporation accounts for relatively 20-30% of the total heat loss when the atmospheric temperature is between 10 – 20℃. On the other hand when the ambient temperature rises to 30℃ or higher, the heat loss through cutaneous evaporation is the only medium for about 85% of the total heat loss. Both sweating and panting becomes the source of heat loss when the air temperature equals the core body temperature where the sensible heat loss will be equal tozero.Along with the release of heat to the atmosphere, both these indicators depletes the body water reserve as well. The maximum sweating rate of dairy cows and feedlot heifers is 660g/m2/h.This leads to wastage of energy produced. Each gram of evaporated sweat utilizes about 580 calories of energy which can be utilized for productive performance.

Studies report that when a cow is exposed to 850 W/m2 of solar load for three hours, the rectal temperature rises to 40℃ or greater. Also the respiration rate rises above 124 breaths/min.During such instances dark skinned cows immediately show signs like sticking of the tongue outside the mouth, drooling and foaming. Instant actions are needed during such stages. Immediate spraying of water on the body helps to alleviate heat stress up to a certain limit.

TOP
We use cookies on our website to give you the most relevant experience by remembering your preferences and repeat visits. By clicking “Accept All”, you consent to the use of ALL the cookies. However, you may visit "Cookie Settings" to provide a controlled consent.
Cookie SettingsAccept All
Manage consent

This website uses cookies to improve your experience while you navigate through the website. Out of these, the cookies that are categorized as necessary are stored on your browser as they are essential for the working of basic functionalities of the website. We also use third-party cookies that help us analyze and understand how you use this website. These cookies will be stored in your browser only with your consent. You also have the option to opt-out of these cookies. But opting out of some of these cookies may affect your browsing experience.
Necessary Always Enabled
Necessary cookies are absolutely essential for the website to function properly. These cookies ensure basic functionalities and security features of the website, anonymously.
Functional
Functional cookies help to perform certain functionalities like sharing the content of the website on social media platforms, collect feedbacks, and other third-party features.
Performance
Performance cookies are used to understand and analyze the key performance indexes of the website which helps in delivering a better user experience for the visitors.
Analytics
Analytical cookies are used to understand how visitors interact with the website. These cookies help provide information on metrics the number of visitors, bounce rate, traffic source, etc.
Advertisement
Advertisement cookies are used to provide visitors with relevant ads and marketing campaigns. These cookies track visitors across websites and collect information to provide customized ads.
Others
Other uncategorized cookies are those that are being analyzed and have not been classified into a category as yet.
SAVE & ACCEPT